The "E" series of eight Leatherman knives was introduced in late 2005. All have a carabiner, liner lock and blade launcher, with 3-digit numbering. Even numbers are plain blades, and odd numbers are partly serrated. Numbers 300 to 303 have a glass-filled nylon body with a 420HC blade, while 304 and up are more deluxe, with combination aluminum and glass-filled nylon bodies, and 154CM blades. Higher numbers in series add either a pair of screwdrivers, or a bit driver with two extra bits held in the body. These knives were replaced by the Expanse series in 2008. 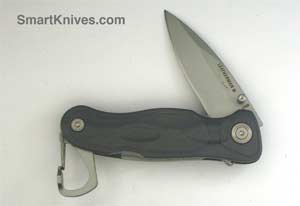 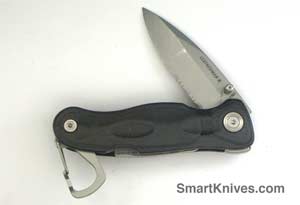 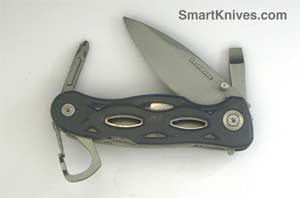 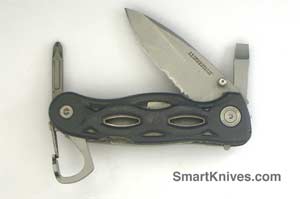 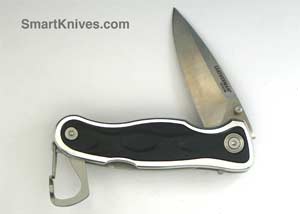 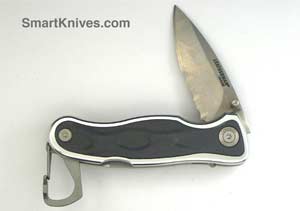 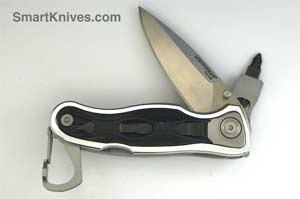 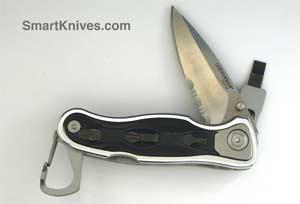