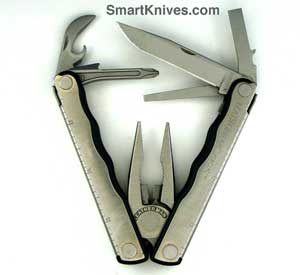 The Leatherman Kick multi-tool has full-size pliers, a 420HC stainless steel blade, and a limited but very useful set of tools. It was introduced in 2004 to replace the Sideclip, and then retired in 2012. During that period it was one of the most popular full-sized Leatherman tools. Nothing similar has replaced it, so it is still very popular. 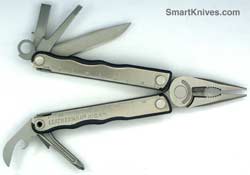