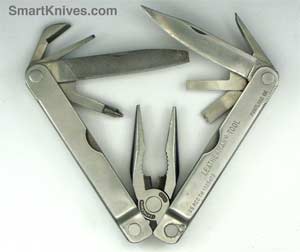 The Leatherman Pocket Survival Tool (aka Personal Survival Tool) was the first commercially successful multi-tool: a full-sized set of pliers, plus a blade and additional tools built into the handle. It was first introduced in 1983, and evolved gradually until its retirement in 2004. Along the way, the PST spawned a wide range of other genuine Leatherman multi-tools, plus hundreds of imitators (often of poor quality, but also the excellent Victorinox SwissTool). Many people still carry a PST, and among airport confiscations it still ranks ahead of all other full-size multitools.

Size & Weight: The Leatherman PST tool is 101mm (4") long, 26.5mm (1") wide, and 12.6mm (1/2") thick. It weighs about 146 grams (5.2 oz).
Colors: The PST comes in stainless steel, and occasionally in a black oxide finish.
Similar Tools: The Leatherman PST II and Super Tool are contemporaries of the PST that had a similar tool evolution. All three were retired in the early 2000s, and newer tools seem to get much less tweaking! 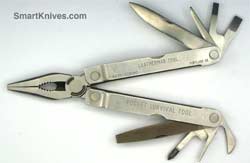 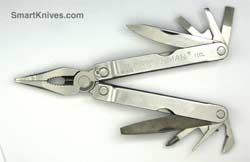 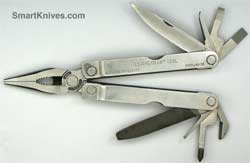 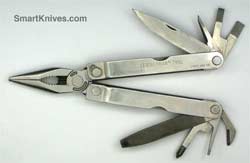 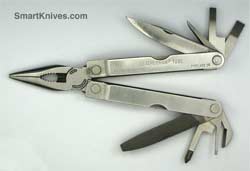 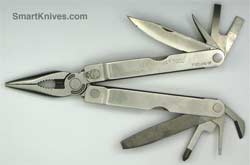 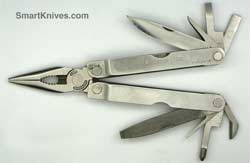 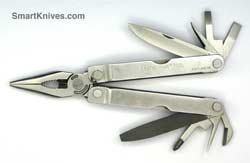 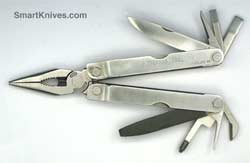 Transition from L-shaped to tapered screwdrivers 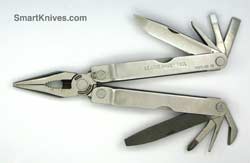 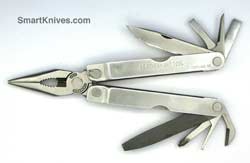 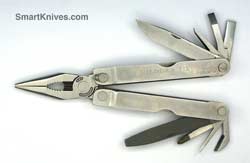 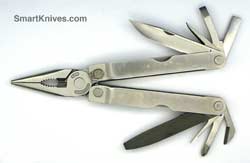 USA on hinge replaced with Tool 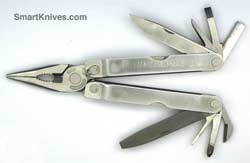 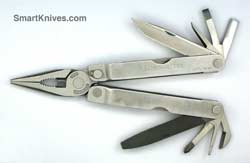