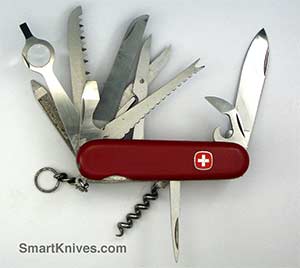 The Wenger Colonel is a retired, pocket-sized 85mm Swiss Army knife that shared the role of largest Wenger knife model, back before the introduction of the wrench.