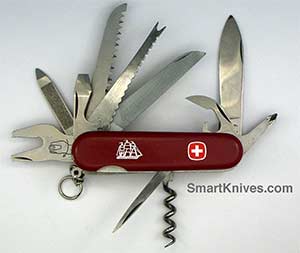 The Wenger Seafarer is a retired, relatively uncommon pocket-sized 85mm Swiss Army knife with six layers of tools. It is the thickest Wenger knife that does not include scissors. This model has also been called the Clipper.