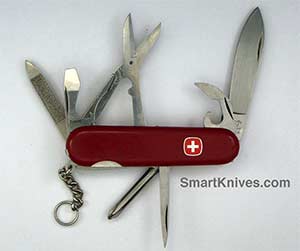 The Wenger Traveler with Phillips is a variation of the Traveler Swiss Army knife that has a Phillips screwdriver on the rear instead of a corkscrew. This model was sold primarily in Europe, and was usually called the Classic 16.