Prior to 1975, Victorinox used scissors with a single, slightly bent spring, and with the two halves of the scissors attached with a small, adjustable screw. The blades were slightly more angular, particularly around the pivot.

Like most Swiss Army knife tools of that era, the vintage scissors have a nicer polish to them, then modern ones. It appears they may have been plated with a harder metal. 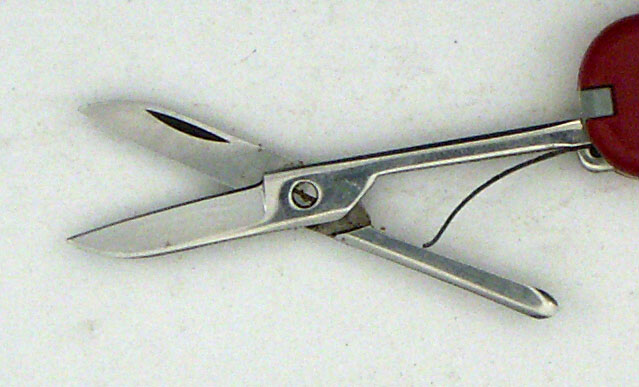 All Swiss Army knife models with scissors, before 1975.