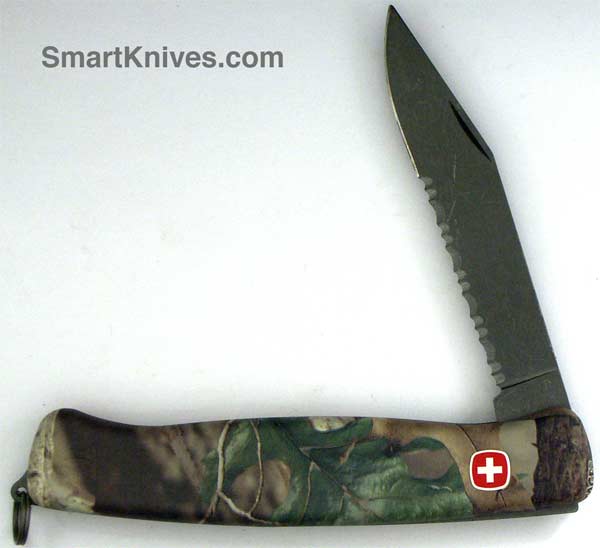 The Wenger Century Serrated is a retired 125mm Swiss Army knife with a large, serrated locking blade, and no other tools. It was sold in North America during the early 2000s, and was then replaced by the one-hand opening Ranger 151 in 2007.