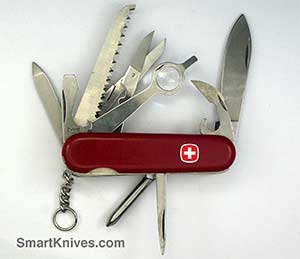 The Wenger Major with Phillips is a rare, retired, pocket-sized 85mm Swiss Army knife with five layers of tools. We have not yet been able to determine the official name for this model.