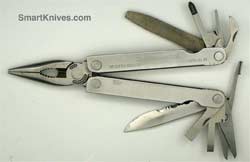 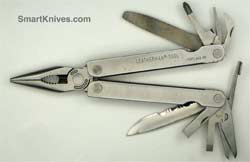 1996 was the second production year for the Leatherman PST II tool, with a minor transition during the year. Tools produced early in the year were the same as in 1995, with US Reg TM 1325473 stamped on the both of the handles. Those made later in the year had no TM markings. The same configuration then continued into 1997.