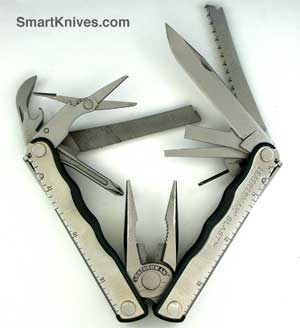 The Leatherman Blast tool is a full-sized multitool with a generous assortment of implements. It was introduced in 2004 as "top of the line" in the Kick/Fuse/Blast series, and then retired in 2012. Nothing similar has replaced it, so it is still in demand. 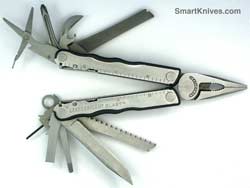